What Is a Homeowners’ Insurance Company’s Duty to Defend? 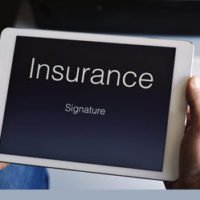 We have often discussed the rights and duties between you and your homeowners’ insurance in the context of property damage claims. But what about third-party claims–that is, what happens when someone sues you for an allegedly dangerous condition on your property that they claim has caused them injury?

The Duty to Defend

Your homeowners’ policy will typically provide a defense and pay for a lawyer to represent you. This is called the duty to defend.

Yet, in many cases, insurance companies try to skirt this obligation. They may say that the allegations in a lawsuit against you aren’t “covered,” or that you have somehow not complied with the terms of your policy.

This can leave a homeowner in a bind having to hire and pay for his/her own lawyer, not to mention having to pay any claim or verdict entered against you.

When Can an Insurance Company Deny a Defense to an Insured?

The insurance company cannot arbitrarily deny coverage and a defense without thorough investigation. Even if there is a question regarding the legitimacy of the claim or a policy interpretation, the insurance company must defend you under a “reservation of rights.” This is the insurer’s way of putting you on notice that the claim may not be insured, but they are defending your interests (at least temporarily).

Homeowners will often retain their own lawyers to pressure the insurance company to take up the homeowner’s defense under the policy, or else face a bad faith claim. A Civil Remedy Notice (CRN) must be filed by the insured before filing a lawsuit against his/her own insurance company.