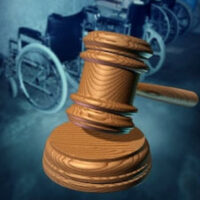 It often seems that every application for social security disability gets denied, at least at first. However, not every disability case is the same. Rather than look at disability approval rates as a whole, it can be helpful to look at approval rates by factors such as location or the type of condition the claimant suffers.

Denials Are Higher at Initial Application

It is important to remember that overall, the rate of approvals is much lower at the initial application stage than it is at the hearing stage, which is an appeals process from initial determinations. The rate of initial approvals is around 36%. That high rejection rate may be out of a desire to discourage applicants, or weed out those who are just “testing the waters” to see whether they can get disability.

Often, claimants will file an initial application themselves, and not retain an attorney until after they are denied. This may be a reason why initial approvals are so much lower than they are on appeal.

Of course, time elapses between the initial denial and hearing—sometimes, a lot of time, as social security courts are backlogged. Many medical conditions worsen over this time. By the time the claimant shows up for the hearing, he or she may be disabled, even if that issue was somewhat questionable on initial application.

According to one survey, multiple sclerosis and any type of cancer have the highest rate of approval at the initial stages of a disability application, hovering between 64-68%. Respiratory disorders and joint disease are second highest, at between 40-47%.

You may wonder why some of these rates are not closer to 100%. That’s because in some cases, it is not enough that a claimant suffers a disease or disability; the claimant must also show his/her disease or disability significantly alters his/her activities of daily living and ability to work full time.

For example, some cancer patients are unable to get out of bed, and they live every moment of their lives in pain. Others still get up and go to work every day. Much of this depends on the patient’s age, or the type/stage of cancer. The same can be said for many other diseases and disabilities.

The survey also revealed that, as expected, those aged 60-65 were most likely to be approved. Men also had slightly higher approval rates than women.

The best advice may be to get a West Palm Beach Social Security disability attorney as soon as possible. The survey showed that 60% of claimants who had an attorney were approved, whereas only 33% without one obtained benefits.

Is someone in your family suffering from a disease, injury, or physical or mental illness that prevents them from being able to work? Contact us at the Celeste Law Firm in West Palm Beach today for answers to your questions about your Social Security disability case.