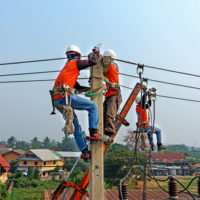 Florida workers are being killed at an alarming rate on the Interstate-4 Ultimate Highway Project, and the private-public joint venture SGL Constructors have been fined by the Occupational Safety and Health Administration (OSHA). According to Construction Dive, SGL has been fined over $12,000 for serious violations of exposing workers to struck-by incidents, which is a particularly dangerous hazard in any type of construction project, particularly when fast moving traffic is often just feet away. The three struck-by deaths on the I-4 Project include the following victims:

According to the OSHA, “struck-by injuries are produced by forcible contact or impact between the injured person and a moving object or piece of equipment.” The object can be anywhere from the size of a small bolt to a large truck. Of course, the speed of the object, its mass, and the body part that is struck are all factors that account for the severity of the worker’s injuries. Typical types of occupations that involve everyday exposure to struck-by incidents include the following:

What Caused the Injury?

The following are various types of struck-by injuries:

A West Palm Beach Workers’ Compensation is a Phone Call Away

If you were injured on the job by a struck-by incident, you have the right to work with an experienced attorney to help you recover the damages owed to you by your employer. Call the West Palm Beach workers’ compensation attorneys here at the law offices of Celeste Law Firm today.