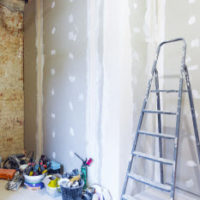 “Chinese drywall” is a low quality, toxic drywall that was imported from China to the U.S. between 2001 and 2009, and in just a few years, more than 100,000 homes in the U.S. were outfitted with this hazardous product, according to NPR. The drywall emits toxic fumes that not only cause corrosion to plumbing and electrical systems, but cause serious health effects for anyone living in the structure. Common signs that your home has been outfitted with Chinese drywall include the discoloration of metals in the house, such as brass and copper. If your home was built with Chinese drywall, you are likely facing a considerable financial hurdle that includes replacement of all of the drywall in your house or condominium and rental costs during the repairs, not to mention potential medical bills and the devaluation of your home. To make matters worse, many Florida insurance policies have a “toxic exclusion,” meaning that they do not cover damages caused by toxic substances. It is absolutely necessary to seek the assistance of an experienced West Palm Beach homeowner’s insurance attorney to get the compensation that you need to stay away from bankruptcy and other financial issues.

A shortage of building supplies in the Gulf Coast, caused by hurricanes in 2005 through 2007, led to builders turning to drywall made in China, according to CNN. The cost of using Chinese drywall will potentially lead to $25 billion in health care, building repairs, and legal fees, according to a study by the National Underwriter. Common complaints from inhabitants who are exposed to Chinese drywall include headaches and respiratory problems.

There are a Slew of Health Problems, and Home Damage Issues, Caused by Chinese Drywall

A study conducted on 51 homes with Chinese drywall contained “hydrogen sulfide and formaldehyde. . . at concentrations below irritant levels,” though the Consumer Product Safety Commission (CPSC) said that “it is possible that the additive or synergistic effects of these and other compounds in the subject homes could cause irritant effects.” The CPSC has had over 2,100 reports of Chinese drywall, mostly in Florida and surrounding states, as of 2009 alone, meaning that thousands more families have likely been affected. These calls included complaints of sickness, damaged appliances, corrosion on wires and pipes, and a rotten-egg smell. In many cases, families had to move out of their homes, and many were denied reimbursement by their insurers.

Our West Palm Beach Attorneys are Here to Help

For a homeowner, dealing with a multi-billion dollar insurance company is like banging your head against a wall. And when that wall is made of Chinese drywall, insurers are quick to deny claims or refuse full reimbursement. A West Palm Beach homeowner’s insurance attorney can help solve disputes and will fight for every penny that you are owed. Call the Celeste Law Firm today to set up a free consultation for experienced legal assistance.