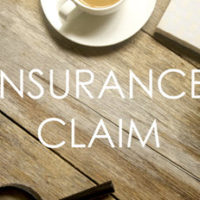 When it comes to homeowners insurance, unfortunately there are many exclusions to coverage. One of these that can affect particularly wet, subtropical areas is the exclusion to landslides and mudslides. If your home has suffered damage due to a landslide, mudslide, or any shift in the earth, you need to get in contact with an attorney, because chances are that your insurer will deny your claim.

What is a Landslide?

Landslides and mudslides occur on steep hillsides and cliffs, and usually occur during heavy periods of rainfall. In California, land and mudslides have caused billions of dollars in damage and have taken dozens of lives in recent years. Increasing severity of forest fires have decimated hillsides, leaving the earth prone to landslides when torrential rains flood the area and there are no trees to soak up the moisture or roots to hold the soil together, according to National Geographic. South Florida is, of course, very flat. In fact, the elevation of West Palm Beach is between three and 23 feet according to TopographicMap.com. This means that the few mudslides or landslides that happen here are often caused by a home falling into a body of water when the ground gives way to erosion. While the mechanism of both types of landslides are the same (erosion), such a landslide may give your insurance company enough reason to argue that the damage was caused by a sinkhole. Because sinkholes and landslides are not covered by homeowners insurance in Florida, your best option would be to prove that the event was caused by catastrophic ground cover collapse, which is a covered peril. Proving that your home was damaged due to catastrophic ground cover collapse versus a sinkhole or a landslide can be challenging, and you need an attorney that is fully prepared and up to this task.

When most people think of a tsunami, Florida does not come to mind. While there are no tectonic faults anywhere near the Florida coastline, researchers recently discovered that underwater landslides on the Great Bahama Bank have created tsunamis on the Florida coast before, and could generate them again in the future, according to Science Daily. Modeling predicts that such a tsunami could reach as high as five feet, enough to cause significant damage to South Florida. According to researchers, “Our study calls attention to the possibility that submarine landslides can trigger tsunami waves” and while the potential for such a tsunami is low, they could be “high-impact events that could be dangerous.”

A West Palm Beach homeowners insurance claim attorney can fight back against denied claims and help you prove that the damage caused was due to a covered peril, such as catastrophic ground cover collapse, not a landslide, mudslide, or sinkhole. We urge you to contact our experienced attorneys to set up a consultation so that we can immediately begin working on your compensation. Call the West Palm Beach homeowners insurance lawyers of the Celeste Law Firm today for assistance.