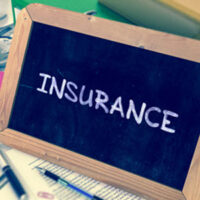 A while back we wrote about a family whose home was trashed by a rampant alligator, and about how their homeowners’ insurance policy refused to pay for that damage. It appears that someone else’s home has been destroyed by a wild animal, although this one was not nearly as menacing: A squirrel.

The incident happened in Atlanta, when a squirrel fell through a chimney, and in an attempt to free itself, somehow caused $15,000 worth of damage. Damage included chimney soot all over the floors and furniture, scratched and chewed floors and baseboards, and ten damaged sills out of thirteen.

The family was on vacation when the squirrel invasion and subsequent damages occurred, but, upon arrival home and the discovery of the damage, the damage was immediately reported to their homeowners’ insurance carrier.

As one might have expected, the family’s insurance company, Mercury Insurance, denied coverage and refused to pay for damages. Mercury relied on an exclusion in their policy that does not cover damage occasioned by vermin, birds, rodents or insects. The insurance company did offer to pay for the family to stay at a hotel while repairs (which would have to be paid for by the family) were being made.

The family, naturally, felt betrayed, and believed that their insurance company acted in bad faith.

When Damage is Covered

Sometimes, a home invasion by a wild animal can cause damage that is covered. For example, a rodent that chews through plumbing causing a flood, or which chews through a wire, causing a fire. Insurance will sometimes pay in these situations because floods and fires are covered. But when the damage is done directly by an animal itself, and the animal meets the definitions in the exclusion, it can be difficult to get your homeowners’ insurance to pay.