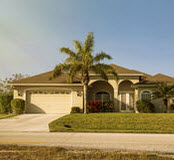 One very common yet unknown homeowners’ insurance policy exclusion is that of neglect. Neglect means that the homeowner failed to properly upkeep their property. But what does this actually mean? What responsibilities do homeowners have to maintain their dwelling? For more information, or if your insurance claim has been denied, a West Palm Beach attorney would be glad to take your call.

Regularly painting the exterior of your home, caulking in your bathroom, and fixing plumbing leaks all go a long way to preventing neglect and a headache of a homeowners’ claim. Simply maintaining your safety equipment, such as ensuring that your windows can latch and lock properly, or replacing dead smoke detector batteries are important steps to take in order to avoid denied insurance coverage due to neglect. In fact, it is now a Florida law to have a 10-year, sealed battery in your smoke detector, according to Action News Jax, and failing to do so could result in a claim issue.

There are many forms of property neglect. As an example, neglect could mean that the homeowner should have replaced their shingles before it began to leak over the course of a year or two, causing roof rot to set in and water damage to the interior of the house. Another example of water damage caused by neglect would be if a homeowner failed to re-paint their home when it needed it, allowing the exterior to be damaged and eventually let in water. There are many types of neglect that can lead to a homeowners’ insurance claim denial, and they do not all have to do with water damage. Some of the most common types of neglect that could result in your insurance company denying your damage claim are outlined below:

Call an Attorney for Help

Generally, if your insurance company can point to any problem and say that steps could have been taken to prevent it from occurring, your claim can be denied. If you have already had your claim denied, you need to take immediate legal action by hiring an attorney. Contact the West Palm Beach law offices of the Celeste Law Firm today.