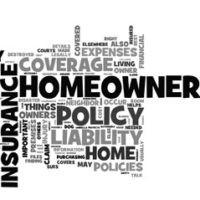 In most cases, when there is a dispute over the facts of the case, the homeowner in a first-party homeowners’ insurance dispute is entitled to have a jury decide the dispute.

Florida civil law does provide for a summary judgment procedure, which allows a judge to decide a case before it even gets to a jury if the facts are so skewed or slanted to a party that there’s no need to go all the way to a jury trial. That’s a rare occurrence, but it’s happening more and more in insurance cases. What’s distressing is that it’s happening when both parties have experts who give contrary opinions. Some courts have taken the insurance company’s expert opinions as the gospel, and ignoring the homeowners’ experts before the case even gets to a jury.

Battle of the Experts

That’s what makes a recent case so important for homeowners. The case arose from a home with water damage in Miami. The homeowner provided a loss estimate of about $23,000 to the insurance company.

The insurance company’s expert engineer examined the property and determined the leak was caused by age-related deterioration and construction defects, and thus, was excluded from coverage.

On appeal, the court disagreed with the lower court. Issues such as when an expert reviews information goes to the expert’s credibility, or how much weight should be given an expert’s opinion. These are issues to be resolved by a jury. It is not a court’s role to determine how much weight should be given conflicting opinions, or to make determinations on weaknesses or strengths of opposing experts’ opinions. Those determinations are to be made solely by a jury.

This is one of those times when a court isn’t making new law, but reminding lower courts to abide by existing laws. It also is a win for homeowners, reinforcing the right to have their cases heard by a jury of their peers.