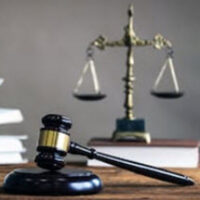 While a homeowners’ insurance case is going on, both sides have the right to know what evidence the other intends to produce at trial. However, in a recent case, an insurance company went too far, trying to punish a homeowner for something that neither he nor his attorneys had any control over.

Adjuster Fails to Appear for Deposition

In the case, the homeowners filed suit against their insurance company for repairs that were not conducted on their home. The insurance company claimed that it denied payment because it was refused the ability to conduct a timely investigation of the loss.

The insurance company sought to depose the witness again just before trial. The court instructed the homeowner’s lawyers to provide a correct address for the public adjuster, and to tell the public adjuster that if he dodged the subpoena, the police would be called to arrest him.

The homeowner’s attorneys provided a different address for the public adjuster, and the insurance company tried to serve him there. But the insurance company could not serve the witness at a new address given to them by the homeowner’s attorneys. Eventually, when the public adjuster was served, he then failed to show up for two properly noticed depositions.