Getting Workers’ Compensation Benefits for Exposure to Toxic Chemicals 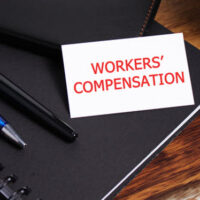 We tend to think of on-the-job injuries as sudden, unexpected events, such as falls, car accidents, or having heavy objects fall on workers. But many injuries sustained on the job occur slowly overtime, sometimes, without the worker even knowing an injury is occurring. Such is the case with damage due to exposure to toxic chemicals or pollutants, a hidden danger that affects workers in many fields.

In some cases, it may be obvious that a worker is being exposed to toxic chemicals. Firefighters are exposed to such chemicals fighting fires. In cases where exposure is known, the federal government requires that notices be posted at the workplace, informing the public of potential exposure to toxins.

In other cases, exposure may not be part of the job, such as an office worker exposed to toxic asbestos or mold. These are often known as “sick building” cases.

In Florida, it is extremely difficult to secure workers’ compensation benefits for those exposed to deleterious substances on the job.

Injured workers seeking workers’ compensation benefits for exposure to a substance must show:

Whereas normal workers’ compensation (and general civil) claims must be proven by a preponderance of the evidence standard, toxic exposure claims must be shown by a “clear and convincing” legal standard, which is much higher burden.

Expert scientific testimony is crucial in exposure cases as medical evidence. As you can see, obtaining the quantity or number of deleterious particles to which the injured worker was exposed is virtually impossible, particularly in mold cases.

Other Options for Damages

However, if your employer and its workers’ compensation carrier denies that a worker alleging he/she was exposed to a substance within the course and scope of employment, that worker may then sue the employer tort, in which the standard is preponderance of the evidence, not clear and convincing.

Remember as well that even if workers’ compensation benefits are provided, and you cannot sue your employer for personal injury damages, you may have other third parties that may be liable to you for damages, such as product manufacturers, or the owners of the building you work in, if the owner is not your employer.