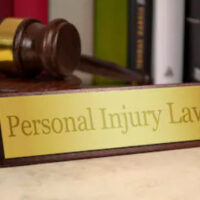 As a quick review, the Frye standard allowed expert testimony to be admissible if the methodology used by the expert was generally accepted by the scientific community. This is a more relaxed standard, that is concerned with making sure that nobody presents an expert that uses dubious or suspect methods. Because of this, the Frye standard is considered friendlier to new or novel ideas that experts may express.

Florida long favored the Frye standard. However, in 2013, the standard was changed to what is called the Daubert test (both Daubert and Frye are based on the names of cases). This was a more stringent test. Under Daubert, testimony must be based on sufficient data from reliable testing methods. This standard tends to disfavor newer scientific ideas and methods in favor of more accepted ones.

But this change was challenged, as many courts felt that the standard that courts used to admit expert testimony was not something the legislature could legally determine. Thus, the legislature’s attempt to switch to Daubert was eventually invalidated, and the courts reverted back to using Frye.

As you may have guessed by now, the Florida Supreme Court has reversed itself again, this time holding Florida’s courts shall use Daubert. The court did not give a specific reason why it was reversed itself, although the appointment of more conservative judges by the Governor cannot be understated.

This change, the court noted, is the same as that which occurred in Federal Court, where the standard of admissibility of expert evidence changed from Frye to Daubert.

The court did note that using Daubert would bring Florida in line with the majority of states that use the standard, as well as in line with federal courts which also use Daubert.

Opponents to Daubert argue that it may take more time and money to try cases. Defendants in a routine personal injury case will be tempted to file more pretrial motions, seeking to strike the plaintiff’s expert’s opinions.

If you are a victim of any kind of injury, we can help you prepare to try your case. The West Palm Beach personal injury attorneys at Celeste Law Firm can assist you in recovering damages for your injuries.