Interaction Between Workers’ Compensation, the ADA, and Employment Discrimination 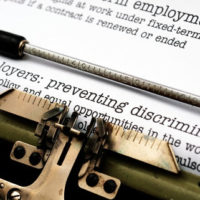 The Americans with Disabilities Act

The Americans with Disabilities Act (ADA) is a federal program designed to protect disabled individuals from workplace discrimination. However, to receive the protection of the ADA, an injured person must meet the ADA’s specific qualifications. The ADA defines a disability as:

If you are struggling with disability and discrimination, do not hesitate to contact the West Palm Beach law offices of the Celeste Law Firm today to discuss your situation with one of our disability and workplace discrimination attorneys. We are prepared to help you today.