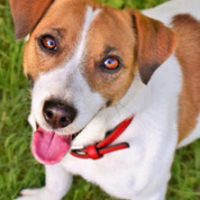 Many people aren’t aware that Florida law makes you a virtual insurer of injuries caused by your dog. That means that you are strictly liable for any injuries that your dog causes.

You may have sweet little Fido, who would never harm a flea, but the law makes people responsible for “damage” done by their dogs—not just for “bites.” That means that no matter how sweet a dog is, if the dog injures someone else—even accidentally, even while playing—the owner is responsible.

The law does provide one exception to allow owners an argument to escape liability – the owner can post a “bad dog” (or “beware of dog”) sign, which puts people on notice to stay away from the animal.

A recent case tested the limits of how far this statutory insulation of liability goes. The case involved a volunteer at a local animal shelter who also volunteered to manage a local dog park. A visitor’s dog in the park became a little too active, and ran into the volunteer while playing, hurting her leg.

She sued, but the park noted that it had a sign at the front warning people that they enter the park at their own risk, that those who enter assume responsibility for their own injuries, and that dogs in the park can be dangerous.

Because of the signs, the court dismissed the case before it came before a jury, and the case was taken up by an appeals court. The appeals court noted that not every sign was the same as the statutorily required “bad dog” warning sign.

In fact, the signs in front of the park contained numerous rules, (such as “no digging” and “no rough play”) and thus the signs clearly were not intended to warn people of dangerous animals on the property or to keep them off the property to avoid dangerous dogs.

Assumption of the Risk

There was plenty of evidence that the volunteer knew of the risk of walking into the dog park. She had seen dogs collide with people previously, had filled out forms acknowledging the risks, and even thought that the rambunctiousness of the dogs on the day she was entered was potentially dangerous.

But the court noted that even if someone assumes a known risk, in Florida, the case may not get dismissed. Rather, the proper course is for a jury to look at the facts and apportion liability, if any, to the plaintiff. The jury may think the plaintiff is 100% liable and award zero dollars, but the case still must go to a jury and cannot be dismissed because the plaintiff assumed the risk that she may have known or been warned about.

Almost any injury caused by a dog makes the owner liable, but there are defenses to these kinds of cases, such as intimidating the dog. If you’re injured by a dog for any reason (not just a bite), contact the Celeste Law Firm in West Palm Beach today for a free consultation to discuss your accident.